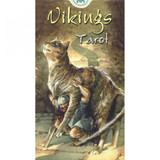 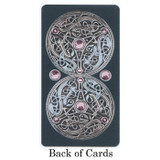 They say: Scandinavian warriors, sailors, and merchants, the Vikings (known also as the Varangians, Normans, and Rus) gave life to numerous naval expeditions between the 8th and 11th centuries, motivated by actions of war and plunder but often also by the search for new lands in which to settle. From Sweden, from Norway, and from Denmark they moved southeast, colonizing future Russia: Towards the west their ships reached Greenland and perhaps America with legendary Erik the Red. In the south they conquered Ireland and Scotland, a part of Spain and a vast area of France (Normandy). They had contact with the Byzantines, the Greeks, and with the Arabs, leaving indelible traces of their passing in legends, traditions, and languages all over the Mediterranean basin.

History recalls the Vikings as barbarians, pirates, and warriors with incredible courage who nevertheless unite their 'bloodthirsty vision' of the world with forms of poetry and a love of life. These people lived under the constant surety that, as much as men or gods could fight, one day Ragnarok, the battle which would have destroyed the world, would have arrived. It was inevitable destiny. The Vikings made many of the gods they discovered during their expeditions their own, enlarging their pantheon which, along with other faiths and religions, demonstrated that they were people who accepted what was different as a logical consequence of the greatness of the world. A striking example of this is the fight between the two races of gods Aesir and Vanir, similar to a comparison between the gods of Olympus and the Titans but with a different result. The Aesir and the Vanir had understood, in fact, that war is pointless and, after years of battles, they lived in peace. These sons of a ruthless land were simple and direct men who understood their mortality and had a great respect for the world in which they lived. They fought and carried out raids, distinguishing nearly three centuries of European history and strongly marking our own. In this deck, the complex Viking world is re-examined using the traditional symbolism of the tarot which, however, penetrates into the mythology, religion, and social organization of the warrior tribes of the north.

Although there is no known connection between the Vikings and the Tarot, this new pack successfully re-interprets the Tarot through images of Viking gods, people and legends. Although many of the images on the cards are fairly muted and dark, some of them have a light and colourful appearance, which provides a good contrast to the darker cards. The 3 of Cups and 4 of Wands are particularly colourful and cheerful cards. Each Major Arcana card shows a Norse God or Goddess and the small booklet helpfully gives brief details about each of these different deities. All the cards contain detailed images, which repay close study. For example, at first sight Temperance shows a man in a white tunic with blood dripping from his hands. This could be looked at in several ways; the blood could be the man's, it could be someone else's or it might not be blood after all! These complex images mean that the cards can be interpreted in many different ways. Another complex image is The Hanged Man. Here the traditional picture of a man hanging upside down is re-interpreted as a fully-grown man, complete with umbilical cord, being born.

All the Minor Arcana are fully illustrated with detailed images influenced loosely by The Rider-Waite. People with some knowledge of Viking and Norse mythology would get most from these cards and any devotees of Wagner's opera cycle Der Ring des Nibelungen would find them fascinating. I would recommend these cards to anyone who is looking for an unusual pack, which although influenced by The Rider-Waite, is very far removed from The Rider-Waite in spirit.

Tarot of the Elves Cards

The Book of Shadows Tarot Cards (Volume 1) by Barbara Moore