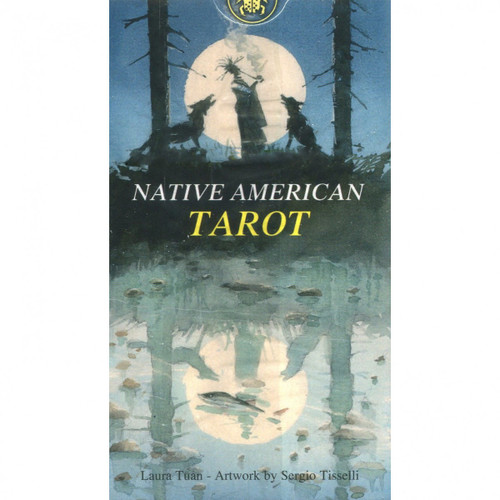 They say: When the people of the prairie lost their prairies, when the people of the buffalo lost their buffalo - and with them all of the battles - the prophesy of the Kiowa tribe seemed final: The sacred circle of the history of the Native Americans was interrupted. On the snow of Wounded Knee not only were hundreds of warriors killed - an entire world along with its culture, rituals, and faith were defeated. And yet, many years after that night, increasing interest and respect for the Native American civilization leads to the thought that the wound inflicted on the circle at that time is now slowly healing and that Native American spirituality, on the other hand never assuaged, is back on track.

Edward Goodbird, warrior of the Hidatsa tribe, writes: "Everything in the world is living, has its own spirit. The sky has a spirit, the clouds have a spirit, the sun and the moon have their own spirits. The same is true for animals, trees, grass, water, and stone. Everything. These spirits are our gods. If we pray to them or make offerings to them, they help us when we are in need." When the Algonquin turn to Manitou, the Sioux to Wakantanka, the Hidatsu to Gsupa, and the Iroquois to Orenda, they turn to the power of the marvelous and the exceptional present in man, in plants, in animals, or in the buzzing of insects in which the wise person recognizes the voices of the gods.

The authors of this deck do not claim that there is any connection between Native Americans and The Tarot. Instead, they have re-interpreted The Tarot in terms of Native American Shamanism.

Most of the cards are fairly muted in colour, although there are a few vibrantly coloured ones, such as the 6 of Pentacles. All the cards are thought-provoking and, on close inspection, most cards contain far more detail that apparent at first. There are some interesting marriages between traditional Tarot images and Shamanism. For example, Strength shows a young person gently opening the mouth of a docile wolf, The Chariot depicts a cart being drawn through the air by two eagles and The Moon shows a calm figure smoking a ceremonial pipe silhouetted against a large moon and flanked by two howling wolves.

As in any good Tarot pack, the images raise questions in the mind of the Reader. For example, in Temperance, two figures are shown lying on the ground. Are they sleeping peacefully or are they dead? A warrior stands behind them pouring water from a jug into a cup. Is he watching over them? Has he stolen their water? Is he threatening them? The interpretations can be numerous!

There is very little influence of The Rider-Waite in this deck. Although all the Minor Arcana are fully illustrated, no Cups, Pentacles, Swords or Wands are actually shown. There are however a few very amusing references to The Rider-Waite. The traditional Six of Cups usually shows a figure looking at different objects emerging from six cups. Here the card shows a woodpecker making a hole in a tree from which several different bugs and insects are pouring out.

Because this deck is only slightly influenced by the Rider-Waite, it is probably not ideal for beginners. However, anyone interested in unusual Tarot art or Native American Shamanism will enjoy owning the deck.

The Art of Love Tarot by Denise Jarvie