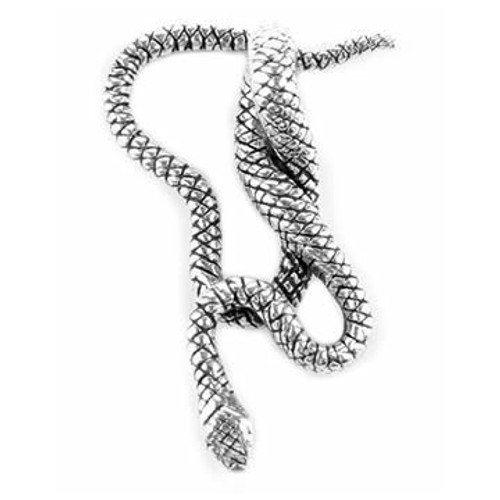 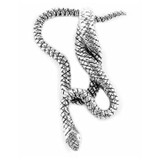 More About the Symbol of the Snake
The snake or serpent is one of the oldest and complex of symbols. The underlying representations throughout the many meanings are paradoxical - part protective, part destructive. It's a source of strength and power, yet also potentially dangerous.

In Egypt, an upright hooded cobra snake was a powerful protective symbol. It formed the uraeus of diadem of the pharaohs, representing their royal power and ability to strike down any enemies. Egyptians used similar images of a lion-headed snake as a sign of solar guardianship. In India, cobra divinities were also used as symbols of guardians, with a seven-hooded cobra often seen shielding Buddha.

In African and Native American legends snakes are often depicted as ancestor figures, and in magic and some religions, the image of a snake represents the universal life force, and sometimes the creator itself. A more positive snake image is that of the caduceus - the staff of Hermes, which is entwined with snakes. The psychologist Carl Jung adopted the emblem as a representation of homeopathic medicine and it's still used today.

The shedding of a snake's skin highlights the notion of life, death and rebirth. According to Native American beliefs, it is the energy of wholeness, the knowledge that all things are equal and the notion that good things do come of bad. It also represents the ability to experience anything without resistance. For individuals, they believe snakes represent the fact that we're all universal beings. It can also signify the need to transmute thoughts, actions or desires.