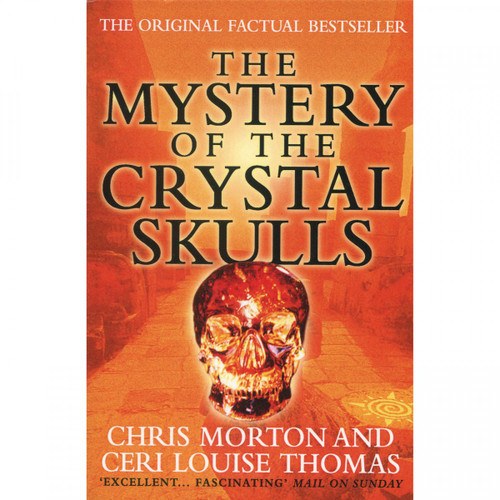 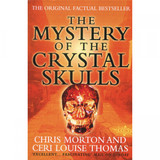 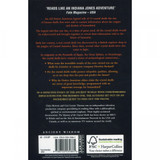 On the Back of the Book
An old Native American legend tells of 13 crystal skulls the size of human skulls that were said to contain information about the origins and destiny of humankind. The legend said that one day, at a time of great need, all the crystal skulls would be rediscovered and brought together to reveal their information vital to the future of humanity. Earlier this century, a real crystal skull was discovered by a British explorer deep in the jungles of Central America. Since then, several other crystal skulls have also come to light. As enigmatic as the Pyramids of Egypt, the Great Sphinx, or Stonehenge, the crystal skulls have created a storm of archaeological controversy.

What were the incredible results of the tests carried out on the skulls by scientists at computer company Hewlett Packard?

Do the crystal skulls really possess telepathic qualities, allowing us to see deep into the past and predict the future?

Why do Native American elders claim the crystal skulls are stores of great knowledge, programmed with an important message for humankind?

In a detective story of the ancient world with overwhelming implications for the modern one, the authors set out on an incredible quest to find out the truth.

Chris Morton and Ceri Louise Thomas run an independent television production company specializing in making films with a philosophical, spiritual or environmental emphasis. Their highly-acclaimed documentary The Mystery of the Crystal Skulls has recently been shown on BBC1 in Britain and on the Arts & Entertainment Network in the USA and Canada. It has subsequently been shown on numerous TV stations around the world.

More About Crystal Skulls
Crystal skulls have been called “one of the greatest mysteries of our world”. Many believe that “ancient” crystal skulls (over 1500 years old), mainly from Aztec and Mayan cultures, contain information important to us at this time of great change on the planet. In the Mayan calendar 2012 is the end/beginning of their calendar when a new age is said to be born. Some believe these ancient crystal skulls are helping us with this change with the information they hold.

There have been some beautiful and ancient crystal skulls discovered over time that have been certified as being from Aztec and Mayan cultures. One of the main ways they date these skulls is by examining in minute detail on the crystal surface as to how they were carved. By examining these on a micro level they can date the skull.

Some believe avidly that there are some skulls that have been left by extra-terrestrials containing information for us to decode. Also that meditating and communicating with the skulls both ancient or modern can reveal ancient and divine information. So if you wish to have around you or wear a crystal skull this is a symbol of connection with ancient cultures and also a connection to information held deep within.

The Reflexology Bible by Louise Keet